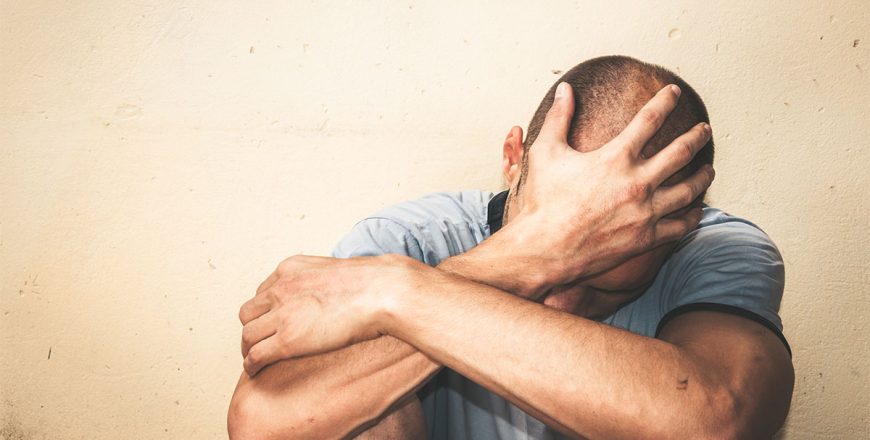 How To Deal With Anxiety and Depression

Surviving day to day can be tough. We have to worry about food, housing, stable employment, money, our health, our children – so many things clog our brains that we sometimes lose control of daily life. If you suffer from anxiety or depression, there are ways to deal with the symptoms.

“Experiencing occasional anxiety is a normal part of life. However, people with anxiety disorders frequently have intense, excessive and persistent worry and fear about everyday situations. Often, anxiety disorders involve repeated episodes of sudden feelings of intense anxiety and fear or terror that reach a peak within minutes (panic attacks).”

These feelings of panic and anxiety meddle with daily life and can last for months.

“Depression (major depressive disorder or clinical depression) is a common but serious mood disorder. It causes severe symptoms that affect how you feel, think, and handle daily activities, such as sleeping, eating, or working. To be diagnosed with depression, the symptoms must be present for at least two weeks.”

Mental illness, a mental, behavioral, or emotional disorder, like anxiety and depression, affects millions of people in the United States, including children, adolescents, and adults. As of 2019, the U.S. National Institutes of Mental Health reported there were more than 51 million adults who had any mental illness. Of that number, women (24.5 percent) are more affected than men (16.3 percent). People 18- to 25-years old are most at risk. More information is available.

Symptoms of anxiety and depression

Different mental health conditions have unique symptoms, but some may overlap. Here are the most common to look for with anxiety and depression.

Successfully diagnosing anxiety and depression begins with a physical or mental health exam, where a doctor or therapist will ask about your symptoms, feelings, behavior, and personal and family history of mental illness. In either case, your symptoms will be compared to the criteria described in the Diagnostic and Statistical Manual of Mental Disorders, Fifth Edition (DSM-5). The DSM-5 is the go-to source for describing many forms of mental illness and related disorders.

Most doctors will recommend that patients follow a standard treatment plan to manage symptoms of anxiety. This includes some type of individual or group therapy, self-help, hospitalization, or anti-depressant medicine. Ketamine is a possibility, as well as nutritional and herbal supplements – think kava, passionflower, chamomile, valerian, lavender, lemon balm, and worthy choices.

Treatment-resistant depression is a serious mental illness that persists after regular psychotherapy and typical antidepressant medications. You may use ketamine as an alternative, but if you wish to pursue other treatments, you might try connecting with family and friends, light exercise, confronting your fears, and eating healthy.

In 1962, U.S. scientists synthesized a new medicine called ketamine. Human trials began in 1964, and very soon afterward, its power was tested on the battlefields of Vietnam as a pre-and post-surgical anesthetic for wounded American combat troops. Throughout the 1960s, researchers and the general public discovered its mind-altering and therapeutic elements, and it became a fixture in the counterculture movement of the era.

Ketamine received formal approval in 1970 from the U.S. Food & Drug Administration for human use. In the decade that followed, more investigation occurred as researchers began unlocking the medicine’s efficacy beyond sedation. Suspicions that ketamine could alter the brain’s recognition and perception of pain were put to the test, and evidence was discovered soon afterward of its ability to strengthen weak or damaged neurotransmitters in the brain. This has led to its treatment of depression, anxiety, other mental illness, and chronic pain disorders.

If you’re suffering from anxiety and depression and therapy or other medicine hasn’t worked, ask your doctor or therapist about the benefits of ketamine.

An innovative new treatment option, ketamine, started as a fast-acting anesthetic and pain reliever. Research in the last two decades has shown that ketamine is a powerful new tool for treating depression.

Ketamine stimulates the growth and regrowth of neurotransmitters in the brain, essentially rewriting the parts of the brain causing distress. Up to 70% of patients may find relief from the symptoms of depression after a series of IV ketamine infusions.

Contact us today to learn more about this innovative new treatment option.