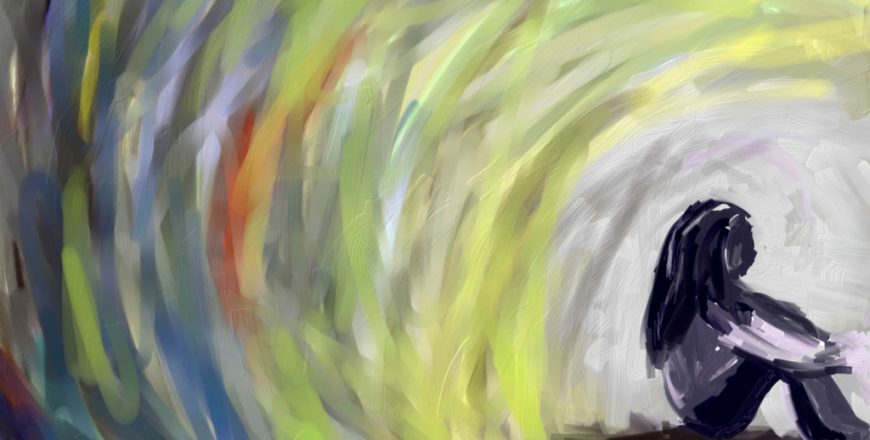 Everyone, it seems, will toss out a joke occasionally about OCD (obsessive compulsive disorder): “I have OCD when it comes to folding my t-shirts” or “I have OCD about cleaning my glasses.” But the condition, characterized by the need to repeat an action or behavior continuously, is very real. It’s pop culture relevant, discussed often by Lena Dunham, Howie Mandel, and others. Ketamine-derived nasal spray and infusion therapy are now considered viable OCD treatment options.

According to the American Psychiatric Nurses Association, “Ketamine is approved by the U.S. Food and Drug Administration (FDA) for the induction and maintenance of anesthesia, although it is also being used for the management of psychiatric disorders and chronic pain management. Ketamine has been incorporated into the treatment of psychiatric disorders, such as major depressive disorder (MDD), bipolar disorder, and post-traumatic stress disorder (PTSD), as well as post-operative and chronic pain management.”

For several years, major research has been conducted on the efficacy of ketamine as a treatment for mental health disorders, including OCD, anxiety, and depression, among many others.

THE BRAIN AND OCD

What causes OCD? According to Dr. Jeffrey Schwartz, author of Brain Lock and The Mind and the Brain, the “cause, at a neurological level, is hyperconnectivity between two brain regions, the orbitofrontal cortex and the caudate nucleus, creating a tidal wave of unfounded mortal fear and triggering habitual response as the only way to attain calm. But the worst part is that, despite recognition that all these thoughts and behaviors are irrational, the OCD sufferer feels driven to obey them, nonetheless.”

The orbitofrontal cortex is the area of the brain where the “reward value” of taste is represented; where the identity and reward value of odors are collected; and it’s where visual stimulus is received. Each of these are examples of “stimulus-reinforcement association learning.”

And what about the caudate nucleus? Each of the brain’s hemispheres has one. The caudate nucleus plays a crucial part in how our brain learns, particularly the processing and storing of memories. It acts like a feedback processor, meaning it utilizes information from former experiences to affect future decisions and actions. This is crucial for the development and usage of language. In particular, communication skills are believed to be operated mainly by the thalamus and the left caudate.

A doctor or mental health professional can diagnose OCD, but no one knows the disorder’s exact cause. Its origins are nebulous, but could be caused by: Genetics, physical disparities in certain parts of the human brain, another mental health disorder, an experience with trauma, or instances of childhood sexual or physical abuse.

Once diagnosed, your doctor may recommend different kinds of treatment, including ketamine, with the final option chosen based on your symptoms.

In 2012, the U.S. Food and Drug Administration approved the first clinical trial of ketamine as treatment for OCD. Over the last decade, dozens of studies of the drug’s power to treat a range of anxiety and mood disorders have described astonishing results — including the abrupt improvement of treatment-resistant bipolar disorder, depression, and post-traumatic stress disorder. And these results persisted sometimes for weeks, following the hallucinogenic effects of the drug wearing off. In some cases, trial participants reported the drug was so successful that life moved along without any episode of obsessions and compulsions.

Carolyn Rodriguez, MD, Ph.D., a researcher at Columbia University who ran the trial, says the drug’s potential could result in “a whole new line of medicines for fast-acting treatment of mental health disorders.”

She has high hopes for the drug’s efficacy but understands that further research is needed to fully understand its effect on the brain.

As with other mental health conditions, OCD can only be treated following a diagnosis, mostly likely from a mental health professional after consulting with the Diagnostic and Statistical Manual of Mental Disorders, Fifth Edition (DSM-5). To be diagnosed, the patient must have symptoms of the O (obsessive) and C (Compulsive) at the time of the consultation.

There’s no cure for OCD, but doctors have found that medications, including ketamine nasal sprays and infusion therapy, work to reduce its symptoms. Other treatments you may be familiar with include psychotherapy, relaxation techniques, or even neuromodulation where the brain is stimulated with magnetic fields.

OCD is a serious mental health condition that can’t be dismissed or minimized with a quick joke. If you suffer from its symptoms and don’t know where to turn, contact your primary care physician for more information. Therapy, medication like ketamine, or a combination of both, may help manage symptoms.