How To Deal With Depression

The way our society throws around the word depressed anytime we mean to convey sadness, it is easy for us to forget that depression is a very real, very debilitating disorder. It’s not something that a person can just snap out of, and it’s not something that can necessarily be “cured” in the traditional way of thinking.

That said, there are a number of ways you can find relief from the symptoms of depression and get yourself started down the path to wellness.

Depression treatment is difficult because at its core, it is contradictory – the things that you need to do to help yourself fight depression are the hardest things to do because of how depression makes you feel.

Fortunately, there are a lot of options ranging from baby steps to larger endeavors. You are not without hope for relief from your symptoms, that is just the depression talking.

Depression can make you feel like you have to face everything on your own, but it also erodes your sense of perspective and makes tasks seem more daunting than they really are. It can make you withdraw socially and put strain on your personal relationships.

An important step on the road to recovery is reaching out for support. Support can come in many forms – close friends, family, a therapist, maybe even a support group.

The important part is that you know you are not alone. Other people have gone through what you’re going through now, and can be invaluable assets to your struggle.

Tip #2: Do Things You Enjoy

This may sound obvious, but in the midst of a depression it can be hard to enjoy anything, even things you consider hobbies. Sometimes the best thing you can do for yourself is push out of your own comfort zone for a little while – not forever. If it gets too much, it’s fine to retreat into your comfort zone again. It’ll be there waiting for you.

Engaging in hobbies or social activities again can help reduce stress as well, one of the contributing factors to depression.

Tip #3: Support Your Own Health

Mental health being separate from physical health is nothing more than a formality: the brain is an organ, it is as much physical health as anything else in the body. The problem being “all in your head” does not make it any less real. The mind-body connection is real.

One way to keep your mental health in check is to support the rest of your body as well. Try to get eight hours of sleep a night, eat healthy, and practice relaxation techniques like yoga or meditation. You’ll be glad you did.

You wouldn’t feel bad for seeking treatment for the Flu or for any other serious condition. Depression is a disorder of the mind, mostly caused by things like chemical imbalances or genetic history. It’s not your fault, and you there is no shame in seeking treatment.

What’s more, depression treatment looks more optimistic now than it ever has. Traditional treatments like antidepressant medications and innovative new techniques like ketamine infusion therapy both present options for treatment and relief from your condition.

Contact us today to learn about our innovative new treatment for depression. 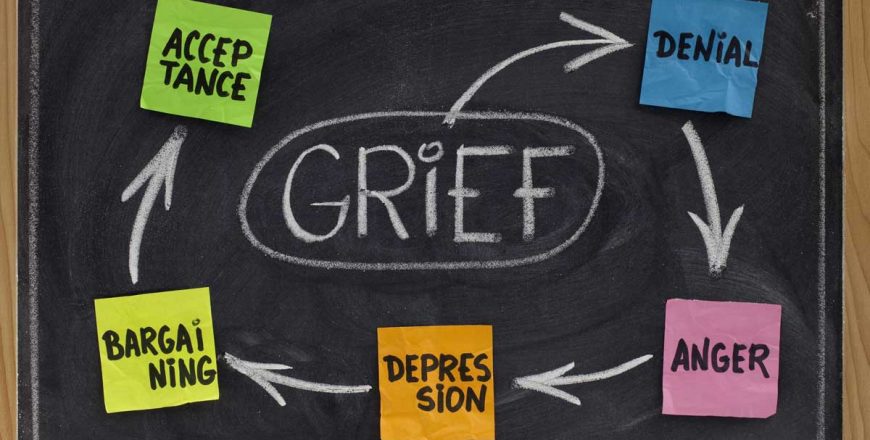 What Are The Stages Of Depression

Millions of people globally are affected by depression each year, and many of them suffer the worst consequences imaginable from the symptoms and lack of care. Sadness, anxiety, and changes in eating habits are just a few of the symptoms, some of which lead to the five states of depression.

Depression (clinical depression or major depressive disorder) is a widespread but serious mood ailment. It creates symptoms that affect how you think, feel, and handle daily events, like eating, sleeping, or working. Symptoms must be prevalent for two weeks before a patient can be diagnosed with depression.
Some forms of depression are different, or they can develop under distinctive circumstances, such as Persistent Depressive Disorder, Postpartum Depression, Psychotic Depression, Seasonal Affective Disorder, and Bipolar Disorder.

What Are The Different Kinds of Depression?

A person with persistent depressive disorder may also have major depression along with less severe symptoms, but symptoms must last two years.

Postpartum depression affects women before and after delivery, with feelings of sadness, anxiety, and exhaustion interfering with their ability to care for their child.

Psychotic depression happens when a person has severe depression and psychosis, such as hallucinations or delusions.

Seasonal affective disorder normally appears in late summer to early fall and lasts through the following winter, with the onset of fewer daylight hours.

The Different Stages of Depression

The five stages of depression were co-opted from the stages of grief as described by Dr. Elisabeth Kübler-Ross. They are:

In many cases, the symptoms of depression can be treated, with a drug once used as an anesthetic –ketamine. But which symptoms?

Symptoms of depression can make you feel like there is no hope but talk to your doctor about depression treatment plans. Even severe symptoms are treatable.

Are You At Risk for Depression?

Certain people may be at increased risk of depression depending on many factors, including:

Does Medication Work For Depression?

A doctor may prescribe antidepressants to treat symptoms of depression, but research over the last few decades has shown promise from an upstart newcomer – ketamine. Harvard Medical School says: “If a person responds to ketamine, it can rapidly reduce suicidality (life-threatening thoughts and acts) and relieve other serious symptoms of depression. Ketamine also can be effective for treating depression combined with anxiety.”

Some patients can be treated with esketamine, a nasal spray, or ketamine infusion therapy.

The normal course of treatment follows a predictable path – physical exam with lab tests, mental evaluation, consultation with the DSM-5 – and then a doctor will prescribe treatment. In most cases, that includes psychotherapy and antidepressants, but ketamine has changed the landscape as if humans were terraforming on Mars. The drug is thought to work by positively affecting neurotransmitters in the brain, which play a big role in moods and how they can lead to depression.

The stages of depression and its symptoms are warning markers that should not be ignored. If you can recognize them, you are ready to take the first tiny step to get help. Contact us today to learn more about the clinical use of ketamine for depression treatment. There is hope. We can help.